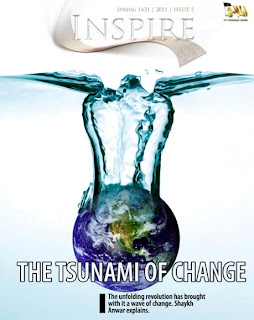 I thought you smart worldly people would find this of interest - some of you may have seen it before, forgive me.


If it's offensive, apologies - I think  understanding our 'enemies' is far more valuable than screeching about them.

Inspire is Al Queda's quarterly magazine - available free on the Internet. I've not read it before, but I spent some time reading the latest edition and found it kind of interesting.
First of all, there's a strange sort of Good Morning America feel to it; which is part comical and part unnerving.
The "Hear The Word - a collection of quotes from friends and foes" section is kind of amusing and the section on reactions to Inspire is really interesting - it's like a "review of our last edition" section...
The second part in the series "Training with the AK" is informative and easy to follow - if you happen to own an AK47, I'm sure this will be of interest to you.
The letter to the editor this month was a long and interesting one from Imran Khan (of cricket and now political fame) which is meticulously answered by the Editor in quite some detail. The response is factual, polite and informative (often coming with recommendations of further research that can easily be done on Google) and the tone is more reminiscent of the pages of Monocle or Men's Journal than of some loony terrorist cell.
There is also a "Send your questions to Anwar al-Awlaki" section that I think he's going to have trouble delivering on given that he's currently indisposed courtesy of as US drone attack.
What fascinated me most was the coolness (cool headedness, not cool) of the tone and attitude - one section called 'Open source jihad' says it's useful because the advice given "allows Muslims to train at home instead of risking dangerous travel abroad".... This is clearly a group with an excellent understanding of themselves and their position.
I guess my point in all this is that AQ have again demonstrated that they are far from tone deaf and are, in fact, very innovative in their thinking. To publish a glossy quarterly in English is a smart move on their part and to talk in such measured ways is clearly going to play to a certain audience.
It always annoys me when the Sean Hannities of the world rage on about these people being animals or living in caves - it's just ridiculous. This is a sophisticated and well educated enemy that we would do well to respect even as we distain.
For more on this, check out a very interesting study from Radio Free Europe called the Al Qaeda Media Nexus
http://www.rferl.org/content/article/1079736.html
Posted by neil @ GMT+8 at 9:56 PM No comments: 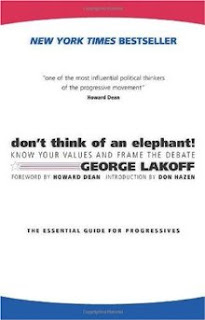 Even if you don't like elephants or American politics, this is a fascinating read.
Posted by neil @ GMT+8 at 7:46 PM No comments: 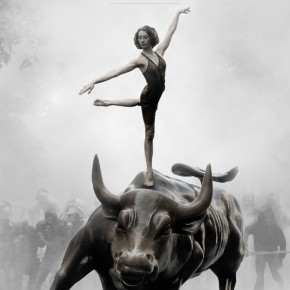 Well, I hate their positioning and here's why.

Words matter...a lot. They matter a lot more than we usually give them credit for - especially in today's world of PowerPoint, tweets and emails. Words matter the most, as you'd imagine, at the highest level - naming things...or framing things (which I think is a better way of thinking).

I wrote a blog a while back, or I meant to, about 'framing' and the importance of framing issues correctly and how names play a really big role in that.

Think of phrases like pro-life or war on terror or no child left behind, their naming isn't just a name, it's an idea; the name describes the idea or FRAMES the idea perfectly.

So, to the point of all this.

I heard Bill Maher on the Rachel Maddow show last night describe the Tea Party as the best brand the Republicans have come up with in decades; and he's right. It's a great name that frames the issue in the context of the war of independence and shrugging off the dominance of America's oppressor (my people, as it happens). A great brand name that is a lighting rod to deep-seated issues and histories.

First of all, 'occupy' reeks of student sit ins, hippie movements or G20 anarchists and is easily trivialized by the conservative media - it's child's play for O'Reilly and his mob to paint the protesters as deadbeats or freaks and he's doing it every night.

Secondly, the name is about what they are doing and not WHY they're doing it. Big mistake. The tea party, when it began, could have easily called itself the Occupy Wall Street group because they were essentially anti bank bail outs. But they didn't. They were smarter than that.

Thirdly, to tie the cause so closely to Wall Street is short sighted, limiting and a bit naive. Wall Street is a symptom not the cause. If this is an anti-greed or pro-middle class movement (to be honest I'm still unsure what it really is) then there are broader targets than Gordon Gecko - which they have realized with their millionaire march through manhattan today.

If this is to be the liberal equivalent to the tea party it needs re-framing and fast. The OWS need a much tighter idea if they are going to have the impact the Tea Party has had.

Here's some hastily penned ideas that I think get closer to framing and naming.

BTW if you're interested in understanding the notion of 'framing' you must read George Lakoff's book "don't think of an elephant" - its wonderful, like the text book of the movie Wag the Dog.

I think this is about the fight for the middle class so I would frame it so.

Fighting for our fair share movement
Reclaiming America for the people movement
All for one and one for all - sorry Alexandre...
Work hard, pay hard movement
Mothers for the middle class - that, over time,expands way beyond mums

Clearly these aren't the best ideas, but someone, somewhere is, I hope, thinking along similar lines and going to Marshall this rowdy rabble into a serious movement. If they're not, it will be to Prez Obama's detriment and possible undoing.
Posted by neil @ GMT+8 at 4:23 AM No comments: