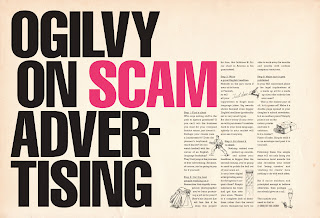 To be up-front. This isn't a pop at Y&R. I worked there and we had our differences, but this isn't me bashing my former agency - honest.  This is about an industry problem of scam and fake work.

Now that we hear more about this story a slightly different picture emerges. I'm only going on what I've read, so forgive me if the picture changes again. From the reports, the agency paid for the film to be shot, and importantly, there was NO CLIENT. That's right. The government did not request for this film, it was shot by the agency on-spec.

The athlete was interviewed on Al-Jazeera and he said he was told by the agency that there was no buyer for the ad, but they would seek one once it was made. He was then told, two months later "there was a chance the Argentine government might be interested".

So, this is clearly scam, created by the agency and then shopped around to anyone who would be willing to sign an awards entry and put their name behind it.

I've nothing against great creative work, but scam is a blight on our industry. It distracts us from the real work, it takes up valuable time and resource from the fee paying side of the business, it gives creatives a false sense of worth and sometimes (like this time) it really screws you over.

Only in organizations that are awards obsessed can this happen. It's a shame for the people involved who were, likely, just following orders. But it's symptomatic of a bigger issue - the cycle of awards and scam.

For the record. I personally think it's time the UK seriously negotiated with Argentina to give back the Falklands. However, since the discovery of oil off the coast, the chances of that are slim. Shame. I also thought it was a beautiful piece of film, so maybe that's some consolation as you look for your next job.
Posted by neil @ GMT+8 at 9:40 PM